“Symphony of Praise” – Jerry’s first video compilation. It started with the suggestion of a simple concert to raise money in his local church for Africa missions. That idea took wings as the orchestra was invited to join in the excitement. Soon a choir was added and what might have become just a CD turned into a 5-camera shoot and a brand new video was born. Producer, David Bentley, really put his best creative energies to work as he blended piano shots from a myriad of angles, combined with overhead shots from every imaginable corner of the orchestra. These live performance vignettes were blended skillfully with captivating videography from all around the world. "Symphony of Praise" is more than music and pictures. It is a full 90-minute concert including Jerry’s sharing of his heart and passion. To add to its functionality, check the MENU to bring up the entire concert but without the interspersed narration. 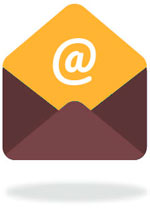